Laura Southerland Francis was raised in Southern Pines and has been a SoPines UMC member all her life. Her first paying job was feeding Mrs. Jane Dillon’s cat, Snickers! Laura was an active youth member, from being an acolyte, attending youth group, and singing in the youth choir. She may have even played the handbells once or twice, but being active on a local level wasn’t enough. At the state level, she represented SoPines UMC as the church’s ACS delegate and elected as an ACS youth officer multiple times.

After college at UNCW, Laura the next 15 years in Event / Live Broadcast Operations before packing up with her husband, Jay, to move back home to Southern Pines.

“I am so excited to showcase our AMAZING church to the community, to share all our WONDERFUL acts of service, and to INSPIRE those to lead a life of discipleship and service. The church has always been there for me and now it’s my turn!” 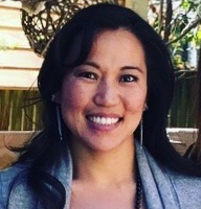 David Smith comes to Southern Pines UMC with over 20 years of experience as a church musician.  He began directing and playing for choirs at the age of 16.  Since that time, David has served churches of several denominations in Pittsboro, Burlington, and Chapel Hill, NC and Springfield, VA. He has experience directing orchestras, choral groups of all ages, and handbell choirs.

David graduated from Elon University in 2002 with a Bachelors Degree in music education and earned his Masters Degree in Music from UNC Greensboro in 2007. He currently teaches music at the Perry Harrison Elementary School in Pittsboro. He and his wife, Jess, have two children, Zach and Wes. 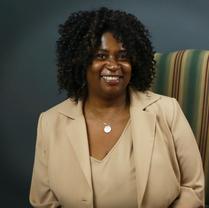 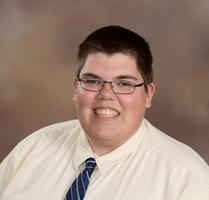 Todd Handell grew up in Spartanburg, SC, joining us in the summer of 2018. He attended Erskine College graduating in May 2013 with a degree in Special Education. After college, he moved to Charleston, SC where he taught Elementary Special Education. After a year, Todd accepted the Youth Minister at Bethel UMC and moved back to Spartanburg to serve for three and a half years.

In his free time, Todd enjoys cheering on his favorite sports teams (Georgia Tech, Carolina Panthers, Charlotte Hornets, and Atlanta Braves) and spending time hanging out with others.

Erin Shore began her life as a "Yankee" from New Jersey. She was transplanted as a part of God's plan to North Carolina during high school.

As a teenager, she became an active member of the First United Methodist Church in Brevard. She later attended Mars Hill College and graduated with a Bachelor's Degree in Religion and a minor in Women's Studies.

Erin has spent much of her life nurturing the spiritual growth of children and youth and continues this work as Minister to Children and Youth at SPUMC. It is her prayer to plant seeds of Christian faith in the hearts of children so that they may someday reap a close relationship with Jesus Christ who will guide them always. 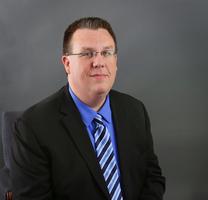 Nanette Martin was born in East Meadow, NY, but was educated here in Moore County.

She has an Associate Degree from Sandhills Community College and enjoys her job as Administrative Secretary at the Southern Pines United Methodist Church.

"Working here is a blessing because I have a chance to utilize my Christian beliefs and practices. Working for SPUMC, a church that is very active in sharing Christ's Peace and Love is a wonderful experience."

Alan has thirty plus years experience in worship Christ through music; piano, guitar, bass, organ, vocals, choral directing, arranging and composition. He graduated from Morehead State University, Morehead, Kentucky with a Bachelor of Music Education degree. He earned his Master of Music/ Media degree from the University of Miami, Coral Gables, Florida.

In addition to serving our church, Alan teaches music at Sandhills Theatre Arts Renaissance School in Vass, N.C. He also is a member of the Sandhills Community College Jazz Band, Heart of Carolina Jazz Band, Audio Engineering Society and the Vass Lion’s Club. Alan and his wife, Debra, have two children: Brandon and Bridget. 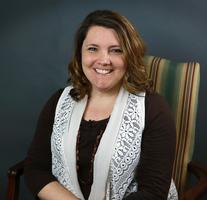 Tommy and his wife, Susan, came to Southern Pines in June, 2008 from Rosemary UMC in Roanoke Rapids, N.C., where Tommy served nine years. In addition to Rosemary UMC, Tommy has served: Littleton UMC, Hatteras Charge UMC, Edenton UMC, and First UMC Siler City.  Tommy enjoys music, especially playing drums in our Praise Band!  He also loves the outdoors, and any opportunity he gets to ride his motorcycle.

Tommy's wife, Susan, is a registered nurse and works at FirstHealth of the Carolinas Moore Regional Hospital.  They have six children together: Brandon and his wife, Morgan of Roanoke Rapids, NC; Laura Grace of Boston, MA; Joshua and his wife, Natalie, and granddaughters Emma Kate and Laura of Winterville, NC; Meredith and her husband, John Slazas, and grandson John Hanes of Cameron, NC; Alice Hope and her husband, PO3 Kevin Spragins, and granddaughter Julianne of Kill Devil Hills, NC; and Lee of Durham, NC.

As our Senior Pastor, Tommy seeks to help our congregation define and live into a bold vision for ministry. As we seek to fulfill our mission, “To Make Disciples to Follow Jesus beyond the Walls,” our belief is that God has empowered us to fling open our doors and to serve our community and God’s world.  As disciples of Jesus Christ, we are sent out to live by faith, to be known by love and to be a light of hope! 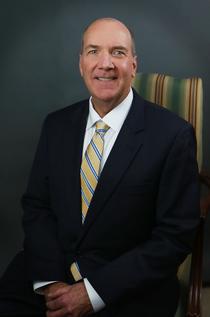 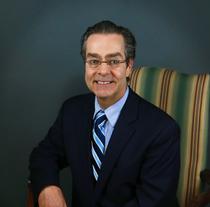 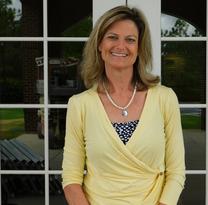 Susan, her husband Matt and their two boys, Matthew and Andrew, came to North Carolina from Ohio, in what was to be a temporary move.  After one winter in NC, she said she was never leaving the sunshine and warm temperatures.

She and her family have been SPUMC members since 2003.  Susan's involvement in serval ministries over the years has provided her an excellent way to get connected with members of the congregation.

Susan graduated from The Ohio State University with a BS in Accounting and then worked for British Petroleum in Cleveland for ten years as an analyst.  When they moved to NC, she became a stay-at-home mom and home-schooled their boys for six years.  When they returned to high school, Susan returned to the workforce part-time as the bookkeeper at Pinehurst United Methodist Church and for a local landscape company.  She is excited to become a part of the staff and all the exciting things happening at SPUMC.

Outside of work, Susan is an avid Ohio State fan and, with both boys attending NC State University, is now a Wolfpack fan!  She also enjoys the beach and spending time with family and friends.